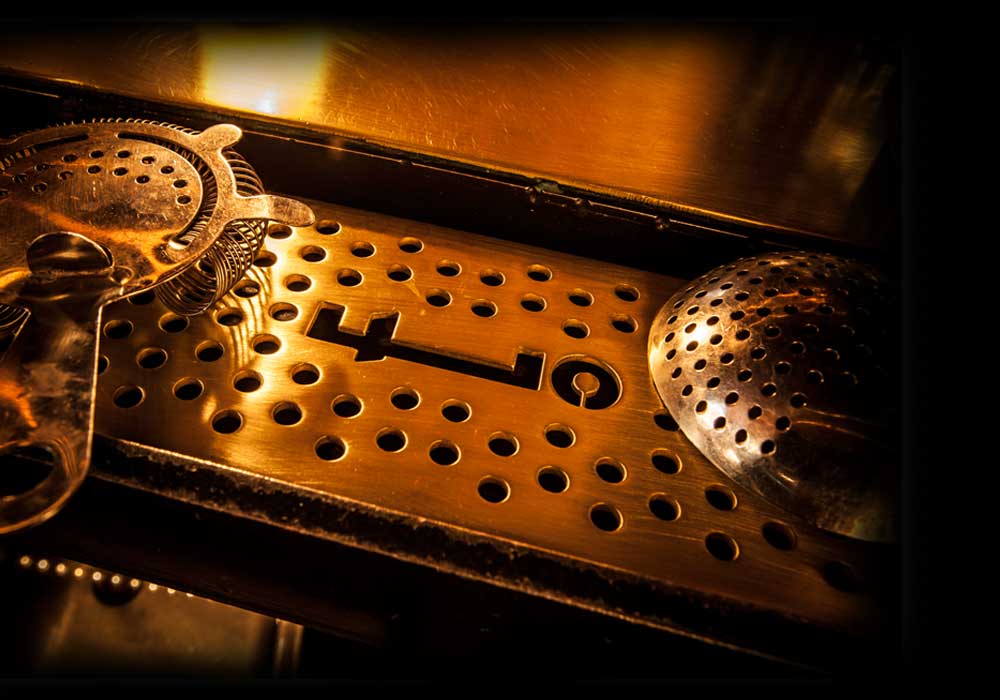 The 13 Best Espresso Martinis in NYC to Kick-Start Your Evening
Move over, Aperol spritz—there’s a new buzzworthy drink in town, quite literally. If you’ve been to a cocktail bar in NYC (or been on Instagram), you’ve probably heard of the coffee-liqueur-vodka drink getting all the hype, and trust us, it’s worth every drop. Perfect for a brunch beverage or as a late-night-extender when you know you’ll need the energy, the espresso martini is a great way to escape the grind (pun intended). Dubbed the “drink of summer 2021” by The New York Times, the mixed drink can be found at most bars in the Big Apple—and it’s delicious year-round. From underground speakeasies to high-end lounges, here’s where you can get the 13 best espresso martinis in NYC. 1. EMPLOYEES ONLY Don’t worry—despite the name, all are welcome here. Disguised as a West Village psychic shop, this speakeasy cocktail bar and restaurant has been named the “New Yorkiest” cocktail bar in the city. Known for its inventive drinks and 1920s flair, Employees Only’s espresso martini is no different. Made with fresh-pulled espresso and homemade cinnamon cordial, the cocktail has the perfectly velvety texture and rich, bold flavor. (And for your next drink, we recommend their award-winning twist on the Manhattan!) More >>>

This Beloved Mexican Cocktail Spot Is Popping Up At Employees Only This Week!
Care to spice up your week? Well clear your schedule, because Zapote Bar, the Yucatán-inspired day-to-night cocktail and culinary destination from Rosewood Mayakoba in Mexico, will be popping up this Tuesday and Wednesday at Employees Only! Alongside the downtown hot spot's regular menu, guests will have the chance to treat themselves to a selection of Zapote drinks and bites that deliciously showcase traditional Mayan ingredients, tools and techniques. More >>>

Aloha, Employees Only!
We're excited to partner with the famed NYC speakeasy as they take over Botero Lounge this weekend. More >>>

The courage to make mistakes, with Dushan Zarić of Employees Only
Dushan Zarić is an owner and co-founder of Employees Only, one of the most recognisable hospitality brands in the world. To date, EO has operated bars in Los Angeles, New York, Singapore, Sydney, Hong Kong and Miami. Dushan himself arrived in the US from Yugoslavia when he was in his 20s. He had nothing but a "useless degree" and $2,000, but quickly went from working the door at a strip club to making cocktails under the tutelage of Dale DeGroff. Then, it was a loophole in the law that banned smoking in bars that saw him and co-founders Henry Lefarge, Igor Hadzismajlovic, Jason Kosmas, and Bill Gilroy devise the concept for Employees Only. More >>>

Beat Burnout & Reconnect With Your Service Purpose | feat. Dushan Zaric
Sneaking in a quick and always spirit-elevating conversation with my friend Dushan Zaric. The topics around service life he plans to cover were something I really wanted to get deeper into and draw everyone's attention to. They include: Reconnecting with what hospitality really is (from the individual to the collective culture). Working with burnout (kind of a service speciality, isn't it?). What it truly is and how it works may surprise you. Service in the COVID reality (we didn't get as deep into this topic, but every tool we discussed will be essential in dealing with the profound impact that its had on service-oriented industries). More >>>

Employees Only Sydney Celebrates First Birthday
In 90s era New York City, Dushan Zaric was a young single bartender, living in a beautiful apartment with fellow bartenders. The gentleman often threw parties in their home, a weekly ritual that began to draw more and more of a crowd, until there were lines of people waiting to get in. These lines were often filled with uninvited strangers, drawn only by the legendary status of the apartment’s parties. More >>>

Serve Like Humanity Depends On It...Because It Does - Interview w/ Dushan Zaric
I was privileged to have the opportunity to speak with the industry-defining Dushan Zaric. We discuss how he took the craft of bartending and hospitality and made it a modern wisdom tradition. How this informed the extraordinarily unique work culture of Employees Only as not only a nurturing family-oriented environment, but an academy of self-mastery for its staff. More >>>

Dushan Zaric - Employees Only
The Employees Only brand is known around the world and when you listen to Dushan's approach, it is easy to understand why the business has been so successful. He has been recognised not only for the venues and products that he has created, but for the time that he devotes to mentoring others around him. A genuine inspiration, Dushan was incredible to talk to and will undoubtedly change the way many people view the hospitality industry. More >>>

Employees Only to open its Sydney bar
New York’s highly secretive speakeasy-style bar will bring its savvy drinks and New York opening hours to Sydney when it opens in a CBD basement this weekend. More >>>

Legends List
THE EIGHT EDITIONS of the World’s 50 Best Bars behind us, it’s worth highlighting those that have consistently proven their excellence over the years. This league – which will keep running as long as we create the World’s 50 Best Bars lists – we call Legends of the List. As of 2016, there are only three bars with uninterrupted presence in The World’s 50 Best Bars. All hail Employees Only and PDT from New York and Black Pearl from Melbourne – to be named in the pantheon of best bars eight years straight is a special achievement. While these three venues have steadfastly maintained their greatness, we have seen many others come and go – in total 171 bars have featured across the eight lists. Employees Only is this year’s Legend of the List, taking the no.1 spot from last year’s Legend PDT... More >>> 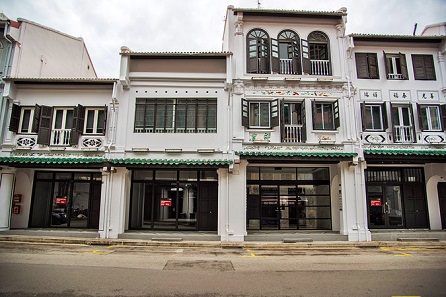 Employees Only, a New York Cocktail Bar, Has Global Plans
Employees Only has been one of New York’s most popular cocktail bars since it opened in the West Village in 2004. By the end of this year, it will be an international brand. The bar plans to open branches in Singapore, Miami Beach and Austin, Tex., in the next several months. Each will be called Employees Only and reflect the character and design of the original, which is known for its Art Deco décor, undulating bar and white-jacketed bartenders... More >>> 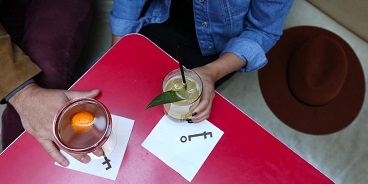 His And Hers: Spring Cocktails With Employees Only
Behind New York’s most revered red curtain, Igor Hadzismajlovic buttons his white lab coat. Light pours in through the dining room’s skylight -- a sight enjoyed largely by the staff with its patrons privy mainly to moonlight. Tables, chairs, and barstools are rearranged neatly in place, surfaces polished, and garnishes cut with precision in anticipation of the unlocking of the doors at 6 o’clock sharp... More >>> 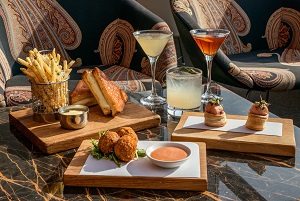 The Drinks at This Airport Lounge Actually Make Travel a Pleasure
A lot of drinking gets done in airport bars. And while a lot of it might be drinking to forget, Virgin Atlantic is the latest airline to begin offering drinks that you'll really want to savor. The British airline is introducing a menu at its JFK lounge—dubbed the Clubhouse—that includes three drinks created by Manhattan's Employees Only, which has been named Best Bar in the World at Tales of the Cocktail and was featured in the documentary Hey Bartender... More >>>

Dushan Zaric Part 2
Part 2 of 2 with Dushan Zaric. In this episode, Steve talk's with Dushan about his days at Pravda along with some fun bar stories and technique. Steve also gives some tips on how he saves money every month. Also, Steve gives a remembrance of cocktail pioneer and legend, Sasha Petraske. More >>>

Dushan Zaric Part 1
In part 1 of a 2 part episode featuring Dushan Zaric of the 86 Co and co-founder of Employees Only in NYC, Dushan talks about getting into business with investors and how to look out for yourself mentally, physically, and emotionally. Dushan also tells the amazing story of how Employees Only's opening and how EO became THE bar to drink at for women. More >>>

New Yorkers Shake Things Up at Tales of the Cocktail
New York’s top cocktail talent last week stowed their shakers in carry-ons and traveled south to Tales of the Cocktail, the annual booze conference in New Orleans. As in previous years, it was worth the trek for many of the city’s bars and bartenders, who picked up some of the top honors at Saturday’s Spirited Awards, the industry’s version of the Oscars and the culmination of the alcohol-soaked week. Ivy Mix, who co-owns the recently opened Leyenda in Brooklyn with Julie Reiner, was named American Bartender of the Year. She is the second woman to win the title. Employees Only picked up two awards, including Best American Bar Team... More >>>

At 10 Years Old, Employees Only Is the New Yorkiest of Cocktail Bars
The crowded bar seems to be spinning out of control. The bartenders are tossing back shots and screaming lyrics to “Come Sail Away” by Styx, which is blaring through the speakers, as one grabs a hammer of Thor-like proportions and starts slamming away on the back bar to the rising beat. The crowd, mainly bartenders themselves because this is an insider’s joint, is going off, screaming toward the bartenders like they were rock stars as the pounding of the hammer grows louder and louder. When the chorus finally arrives, the well-dressed and unruly patrons sing a deafening rendition while tossing napkins into the air like confetti. More >>>

A Seasonal Absinthe Cocktail Recipe From Employees Only
Tucked away behind a psychic readings storefront, Employees Only, the West Village memorial to the speakeasy, celebrated last night not just the 81st anniversary of the end of Prohibition, but also its own 10th anniversary. Between the libations, the jazz band and the burlesque dancers, revelers might have forgotten what decade it was. And there was a distinct element of yuletide cheer about the night’s knockout drink, the absinthe punch. More >>>

New Decade for Prohibition-Era Bar Employees Only
Many people dressed in Prohibition-era attire on Monday to celebrate the 10th anniversary of Employees Only, a West Village bar created in the spirit of the 1920s and ’30s. There were so many people there, in fact, in flapper dresses and old-timey vests, that you wouldn’t have been surprised to learn that a) this was the last night anyone in New York might be able to have an alcoholic beverage, or b) this was the first night they’d been able to have one in quite some time. But the truth is that a lot of people are fans of this throwback kind of bar, on Hudson Street between West 10th and Christopher streets. More >>>

And the world’s 50 best bars are ...
Sure, it’s a great feeling when you randomly stumble on a fantastic new bar while you’re out exploring a city. But when you’re there for only a few days, you sometimes want a guarantee that you’re going to be getting a well-made drink in a venue with character and style. That’s where this 2014 list of the world’s 50 best bars comes in. Announced by Drinks International magazine during a recent ceremony in London, the list is based on the votes of more than 330 international industry experts. More >>>

The NYC secret bar primer
With the opening of a couple hidden bars recently (namely, The Garret above the West Village Five Guys and Nitecap underneath Schapiro’s), we thought it was time to revisit a few of the other bars around town that are above, below, or behind something that makes them generally less-than-easy to locate. Here’s our beginner’s guide to all the secret bars in NYC. More >>>

Dushan Zaric
The guys start off the show with a discussion of some of Mark's favorite meals in the last six months. Their guest is Dushan Zaric. Dushan Zaric is co-owner of the Macao Trading Company and Employees Only, two cocktail bars in New York City. More >>>